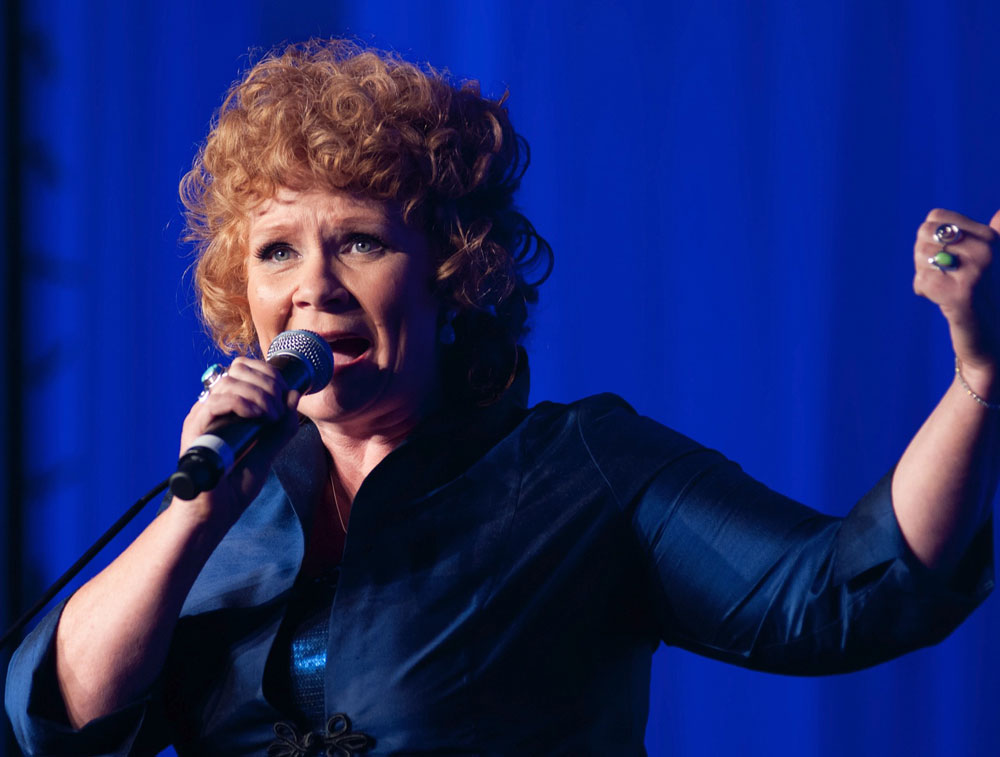 For the past 30 years, Beverley has been based in Vancouver and has over 100 film and TV credits. She is well known around the world for her recurring role as “Granny” on ABC’s hit series, ONCE UPON A TIME. Other film credits include Clint Eastwood’s Academy Award-winning UNFORGIVEN, (Clint personally thanked her in front of billions of people at the Oscars!), SISTERHOOD OF THE TRAVELLING PANTS, SANTA CLAUS TWO, BYE BYE BLUES and WHO’S HARRY CRUMB. Beverley has also been a TV series regular in MYSTERIOUS WAYS, HARPERS ISLAND, HOPE ISLAND, KINGDOM HOSPITAL, and BORDERTOWN. Lately she has starred in a string of HALLMARK and LIFETIME movies.

In addition to her film and TV work, Beverley is a successful singer and songwriter.   She describes her music as earthy, inspiring folk with a pop twist. Beverley  has released four CDs: Yellow Dress (solo), The Sweetest Day (with her group, August) and two children’s CDs – Dream Child and Magic Carpet Ride. Her children’s CDs have been used to soothe sick kids at children’s health care facilities including Ronald McDonald House and Canuck Place. Her brand new CD Sunday Morning, will be available soon.   Beverley performs regularly in concert, at festivals and at benefits. She was seen at the 2010 Olympics and Paralympics bouncing around and entertaining children with her group, ‘Beverley and the Billionaires.’

Her theatrical career has taken her across Canada at the the Centaur Theatre in Montreal, the Blyth Festival in Ontario, PTE in Winnipeg, the Globe Theatre in Regina, Western Canada Theatre Company in Kamloops, Richmond Gateway, The Arts Club, Firehall and Touchstone Theatres in Vancouver. She played the starring role of Canadian country music icon Lucille Starr in the musical BACK TO YOU, THE LIFE AND MUSIC OF LUCILLE STAR and she has also completed 5 tours with the internationally successful MOM’S THE WORD.  She has written two, one- woman shows, …. DIDN’T SEE THAT COMING and SINK OR SWIM.  She has performed …didn’t see that coming at the Vancouver Fringe, Edmonton Fringe,  Gateway in Richmond, and has several upcoming performances in Edmonton,  and in northern BC.  She just returned from New York where she told one of her stories at MOTH story-slam.

Beverley is highly sought after as an MC. She has hosted large events including the 2014 Vancouver Leo Awards, the 2012 Ontario Practical Nurses Convention in Toronto and many others. Her comedic songs about the Vancouver film industry brought down the house for two years running at the Leo Awards.

Beverley Elliott in the film and TV:

Beverley Elliott in an interview about her role of “Granny” in “Once Upon a Time”: